By Dr Steven Ashby, Department of Archaeology, University of York 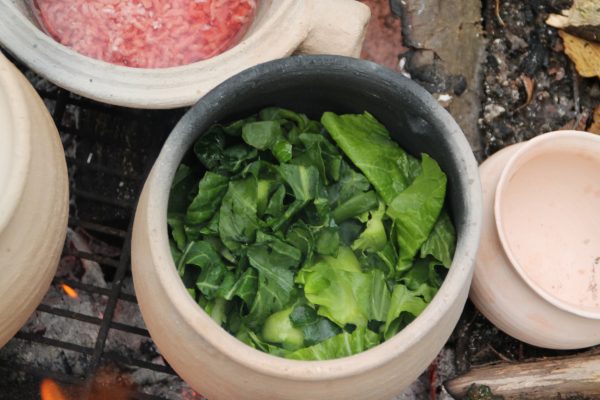 Though today we are well aware that food can be a luxury, a treat, a lifestyle, even a touchstone for memory, archaeologists looking at past diets have often seen everyday food in largely nutritional terms (in contrast to the focus given to the food of ritual, feasting, and assembly). Our experience in the contemporary world, together with information from historical and ethnographic account, tells us that food is central to the production of identity, having symbolic qualities, and often acting as a kind of social glue. In contexts of social change – such as urbanisation, religious conversion, migration and culture contact – we might expect it to play a particularly important role. The Viking Age, then, looks like a particularly promising context for a study of such phenomena. How did cooking and eating work to bring together the household? What were its social qualities in contexts of feasting and exchange? Perhaps most interestingly of all, what was the role of cuisine in the context of diaspora? What might the stubbornness or mutability of ethnically derived habits of cooking and eating tell us about relationships between natives and newcomers, or between migrants and their homelands?

Such questions have proven difficult to answer using traditional archaeological approaches. The study of animal bones can tell us which animals were being eaten, how they were husbanded, butchered, and provisioned, but generally fall short of revealing much about the fine detail of food preparation or consumption. Fruits, vegetables, grain, nuts, seeds and spices are recovered from archaeological sites where preservation conditions allow, but their relationship with animal products is unclear. The sequences excavated in medieval towns rarely provide us with the undisturbed ‘culinary contexts’ that would allow us to reconstruct an individual meal. These environmental data thus provide us with information that is fundamental to answering the kinds of questions we are interested in, but are insufficient in isolation. We need a more high-resolution, interdisciplinary approach, that draws not only on this information, but also on inference drawn from a range of documentary sources, and from new insights that might be delivered through natural scientific approaches. In particular, there is considerable potential to explore the relationship between food and the material culture used to store, prepare, and present it, and how these phenomena varied in time and space. 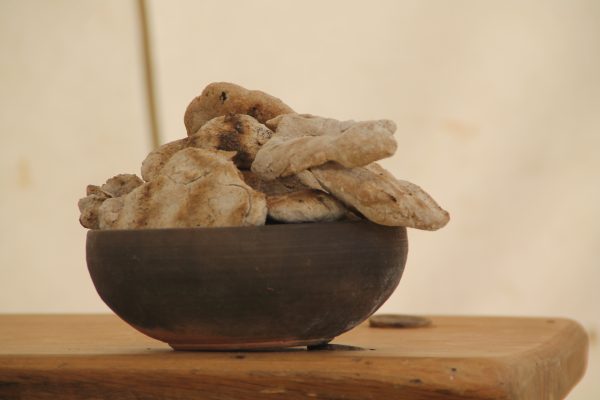 This is the task of Melting Pot: Food and Identity in the Age of Vikings. This AHRC-funded project has applied leading-edge scientific techniques to characterise the mode of use of different forms of pottery (patterns of sooting and burning can tell us about styles of cooking), and to analyse the contents of the pots (microscopic examination of burnt-on food crusts can reveal the presence of plant remains, fish scales and the like, while chemical analysis of the fabric of a pot can help us to identify the presence of now invisible fats, oils and waxes). Together, we are able to build something like a biography of a pot: what use was it intended for, how did it sit in the hearth, what was cooked in it, and how? We have undertaken the largest scientific survey of Viking-Age pottery to date; by analysing hundreds of identifiable sherds from well-dated contexts across England, we will be able to paint a picture of how the people of Viking-Age England were preparing and eating their food. How different were cooking habits in the commercial centres of towns like York from what we see on their peripheries? How does this urban picture compare with the situation in the rural hinterlands? To what degree is there a common urban diet in the towns of the Danelaw? How much does this differ from what we see in Saxon London? Is there evidence of change over time, and can these be related to patterns of migration, local politics, long-range economics, or urban development? How does the situation in England differ from what we see from contemporary sites across Scandinavia?

Our lab work is complete, and we are now starting to find answers to these questions. A key element of the project is communicating its findings and significance with a range of audiences, and with this in mind, we have put together two exhibitions. The first, undertaken in collaboration with the York Archaeological Trust and A-level students from York College, is based on experimental cooking and biomolecular analyses undertaken by the students, opened at DIG, York on 1st February. The aim is to showcase the potential of science to answer archaeological questions. Later this month will see the launch of a parallel exhibit at The Collection, Lincoln, which will introduce the public to material from excavations in the city that has rarely been displayed, and discuss what these artefacts and ecofacts can tell us about Viking-Age cuisine. We have talks and workshops planned at both venues, starting with sessions at York’s Viking Festival. In addition, we have put together a range of teaching resources for Key Stage 2 History, which we will soon be releasing.

Metal detecting is adding greatly to our knowledge of Scandinavian Leicestershire. At the time of writing, there are 130 objects…