Viking winter camps were more than just bases for the Great Army to live in during the winter or centres from which armed Viking bands could conduct military activities. From their inception winter camps established and maintained economic functions whether as centres for trade or industry. Both Repton and Torksey were placed in a location that allowed them to take advantage of the River Trent as a means of transportation of people and goods.

Repton’s evidence for trading activities is not as abundant at Torksey but finds of lead weights as well as Anglo-Saxon and Frankish coins point towards commercial activities. Evidence of industrial activities at the site includes several ship nails, include slag, woodworking tools, the tip of a Viking axe head, an area for metal working, and another area with signs of butchering of animals (Jarman 2018a, 33–34; 2018b, 20–21; Biddle and Kjølbye-Biddle 2001, 72). The nails and, perhaps, the woodworking tools could be taken as evidence for ship repair. It is also to keep in mind that the nature of extended occupation, the likelihood of camp followers, especially women, as well as the need for animals and supplies further evidences non-military activities and a larger occupation area than the fortified enclosure (Raffield 2016, 15, 21).

Archaeological excavations of Torksey have uncovered quite a few pieces of bullion, including hacksilver and jewellery (Raffield 2016, 313, 319; Hadley and Richards 2016, 27; Blackburn, Williams, and Graham-Campbell 2007, 71–72; Williams 2007, 183; McLeod 2014, 122–23). The relatively high concentration of gold at Torksey suggests that it was being used in transactions and not just as a status symbol which may explain the presence of hack-gold, ingots, and gold plated copper coins (Hadley and Richards 2016, 47; Blackburn, Williams, and Graham-Campbell 2007, 75–77; Blackburn 2011, 233–34). A large abundance of lead weights were also found, which are associated with merchants, with 15 resembling Scandinavian/Islamic weights from Sweden (Hadley and Richards 2016, 48; McLeod 2014, 159). Over 350 coins were also found on the site including English silver pennies, stycas from Northumbria, an imitation Frankish solidi of Louis the Pious, and 124 Arab dirhams (Hadley and Richards 2016, 43; Blackburn 2011, 225). The Arabic coins further prove just how connected the site would have been to the wider Scandinavian trade network even during the army’s years of campaigning. 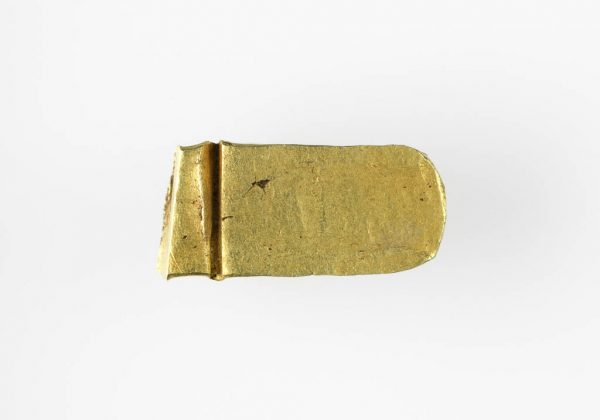 A variety of overwintering activities would have occurred at Torksey. Alongside iron clench nails, a hoard of iron woodworking nails have been discovered making it likely that Torksey would have been ideal for the repair of ships (Hadley and Richards 2016, 53–54). Additionally, worn and damaged tools were located alongside fragments of iron vessels seemingly ready to be reworked (Hadley and Richards 2016, 53).  Furthermore, the discovery of spindle whorls, needles, punches and awls suggest textile-working, a job generally undertaken by women and thus providing potential evidence for a female presence at the camp (Hadley and Richards 2016, 54). These finds also suggest that overwintering activities such as the repair of sails, tents and clothing took place. Along with trading goods plundered from their campaigns, the Great Army also employed craftsmen to manufacture pottery as a tradable commodity. Evidence of pottery production at Torksey was first ascertained by excavations south of the modern village in 1949 (Perry 2016, 74). The spread of so-called ‘Torksey ware’ was vast and it even became the major pottery type at York to the point where archaeologists first assumed that it was locally made (Perry 2016, 76).

Biddle, Martin, and Birthe Kjølbye-Biddle. ‘Repton and the “Great Heathen Army”, 873–4’. In Vikings and the Danelaw: Select Papers from the Proceedings of the Thirteenth Viking Congress, edited by James Graham-Campbell, Richard Hall, Judith Jesch, and David Parsons, 45–96. (Oxford: Oxbow Books, 2001).

Raffield, Ben. “Bands of brothers: A re‐appraisal of the Viking Great Army and its implications for the Scandinavian colonization of England.” Early Medieval Europe 24, no. 3 (2016): 308-337.