by Cassidy Croci, University of Nottingham

Resting in the Trent river valley are the small villages of Gonalston, Thurgarton, and Rolleston. You are politely asked ‘Please slow down’, whilst you drive through, but don’t be fooled by the signs because Vikings lie in wait. 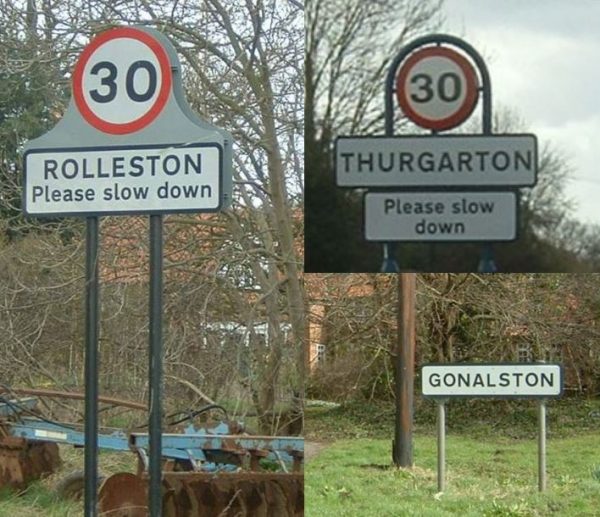 These names were called Grimston-hybrids because the largest single group of these types of names consisted of places named Grimston ‘Grim’s village, estate’. However, not all Grimstons fit within a certain pattern and not all Grims are derived from from Old Norse. Therefore, the late Kenneth Cameron, formerly professor at the University of Nottingham, suggested that place-names with a Scandinavian personal name and Old English tūn be called Toton-hybrids. The name comes from Toton, Nottinghamshire, an Anglo-Scandinavian compound from the Old Norse male personal name Tófi and the Old English element tūn ‘farm, settlement’.

There is continued discussion on the distribution of Toton-hybrids and why they exist, but it is likely that the personal names represent landowners, either Scandinavians granted land in the initial stages of conquest, or individuals with Old Norse names in the decades following. Alternatively, it is possible that these were formerly Old English place-names replaced and renamed by the Vikings. Another suggestion has been that the Vikings borrowed Old English tūn to use in new names because tūn‘s Old Norse equivalent, tún, is sometimes used in Scandinavian place-names, but is very rare in England (Gregory 2017, 60). 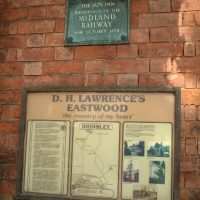 Not all Anglo-Scandinavian compounds are Toton-hybrids, and some place-names appear to be simply the result of the combination of two languages. Sookholme, Nottinghamshire, for example, comes from Old English sulh ‘a plough; a ploughland’ and Old Norse holmr ‘an island, an inland promontory, raised ground in marsh, a river-meadow’. Also, in Nottinghamshire is Eastwood which comes from Old English east ‘east’ and Old Norse þveit ‘a clearing, a meadow, a paddock’.  Names of this type often indicate that an Old Norse word has become naturalised as part of the English dialect used in the region. Many other mixed-language place-names are part of the landscape of the East Midlands, perhaps one is just waiting around the corner.