The comb workshop at The Collection, Lincoln

by Erik Grigg (with the help of Janine, Paige, Josh and Hannah!) 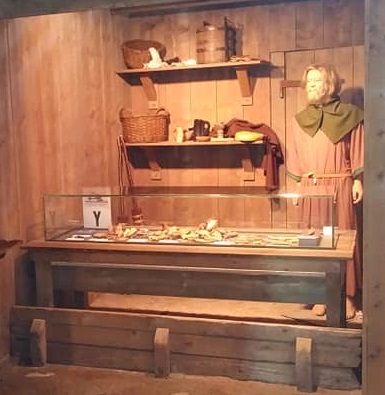 In the Viking section of the museum of The Collection in Lincoln there is a reconstruction of a Viking comb maker’s workshop. The comb maker is called Thorfast by the museum staff. This is because in 1867 a comb case was found in Lincoln with a runic inscription on it that reads ‘Thorfast made a good comb’. This case is now in the British Museum (though it has been out on loan a few times). 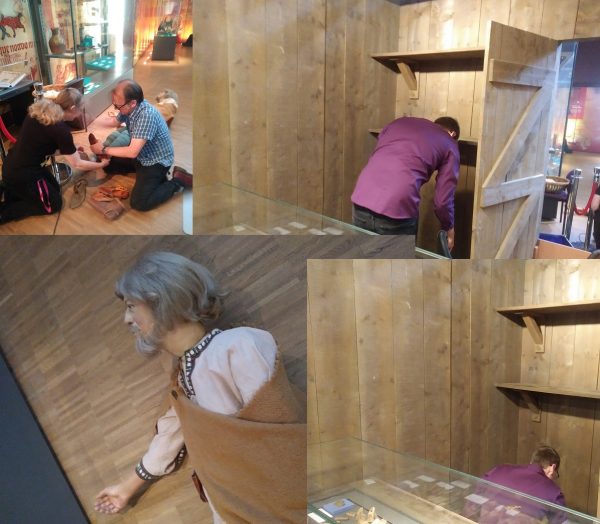 The learning team decided the area and the comb maker in particular needed a makeover: the display needed a good clean, some of the items had become damaged in the eleven years he has stood there and a few items in the display were rather dated. His costume consisted of a very long tunic that was later medieval in style and very thin with no footwear so we also chose him a new outfit.

Now he leans nonchalantly proud of his new gear. On the shelves is his lunch (an apple and some Viking flat bread) as well as replica cooking pots and Stamford ware. When asked about his new look he just said “Thorfast made a good comb!” 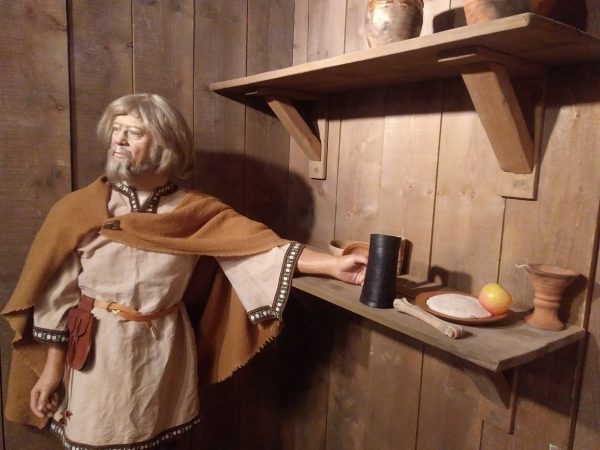 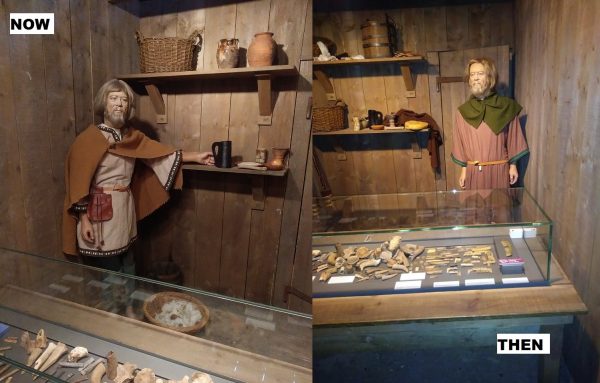