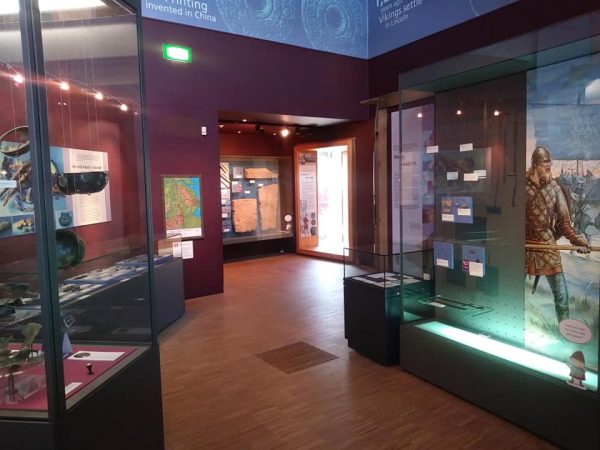 The Collection in Lincoln has a fascinating Viking display, some of which were found nearby as it is located in the heart of an important Viking trading settlement. Even the local street names indicate Scandinavian origin and demonstrate the enduring influence of the Scandinavian settlers on the area: on one side of the museum is Danesgate which means ‘Danish Street’ (gata being the Old Norse for street). The use of Old Norse gata persists in other street names around The Collection: Flaxengate, meaning the street where people were turning flax into linen to make clothes, lies immediately to the west, while Michaelgate and Hungate are only a short walk away. ‘Gate’ has become the local word for ‘street’ thanks to the Scandinavian settlers in the Viking Age. 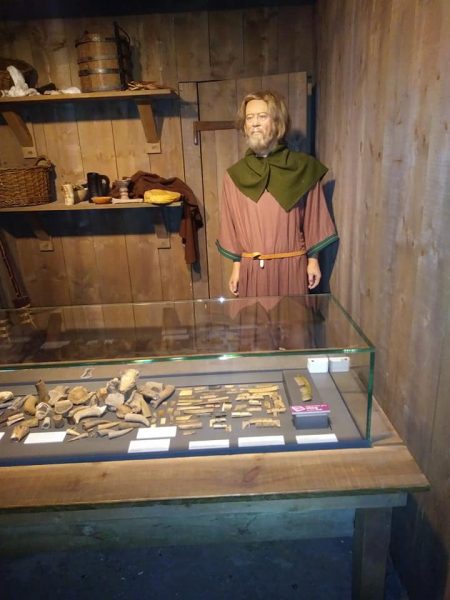 The Vikings first turned up in the area in the 870s and the Great Heathen Army made camp at nearby Torksey. The museum has a small case of finds from the recent excavations there including pieces of gold and silver hacked into convenient bits to use as treasure or currency. 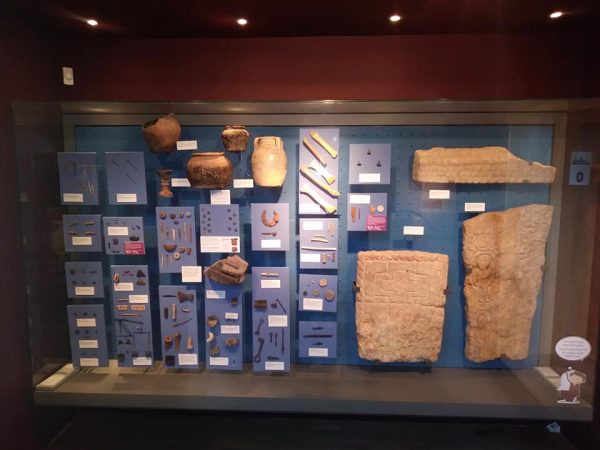 After they established control, the Vikings soon settled down and turned the old Roman city of Lincoln into a vibrant trading borough. Coins and a coin die used to make them are on display in the museum as Lincoln was an important mint. The Vikings kept themselves clean and tidy and the museum has the reconstruction of a Viking comb-maker’s workshop. The finest piece on display is an eleventh or twelfth century Urnes mount, a sumptuous piece of Viking metalwork with the typical motif of intertwined dragons. Carved grave covers, a sword, axe heads and bone ice skates are also found in The Collection as well as a recently discovered rare gold Thor’s Hammer pendant.

Dr Grigg has written more about the Viking Borough of Lincoln on the Visit Lincoln website.