As part of the Danelaw with a county town listed amongst the Five Boroughs, Leicestershire is rich in Scandinavian influence. The county is littered with ‘Scandinavian’ place names (e.g. Harby) and we are lucky that chance finds and excavations in the city of Leicester have revealed a few distinctly Viking or Anglo-Scandinavian artefacts. The following highlights some of these finds and where they can be seen or are held. 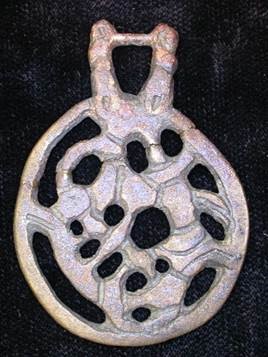 Victorian chance finds from Leicester include a pendant, with an openwork writhing beast in a circular frame from Highcross St. (LA18.1860). Two beautifully carved bone objects were also recovered from there: a beast’s head with gaping mouth and a ‘tongue’ shaped strap end decorated with interlace and cat-like masks (LA67.1864). Kenyon’s excavations at Jewry Wall in 1948 found an unusual mount akin to an oval brooch (JW85.1) and two ‘Norse’-type ring-headed pins (LA33.1951) with a third already recovered from Cank St. in 1912 (LA116.1962).

Just outside the city at Aylestone church, a wonderful stone object was found. It’s a grave cover which appears to be Scandinavian in style with ‘triskeles’ and beasts decorating its surface (LA103.1969).

Unfortunately, Jewry Wall Museum is closed for renovations as this blog is posted. 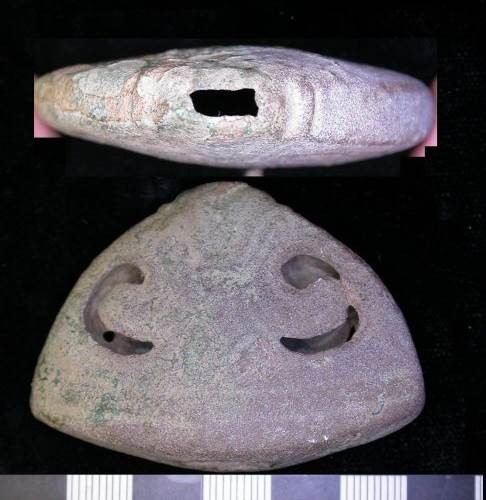 In the county, we have the rare silver Thor’s hammer pendant from Thurcaston on display at Charnwood Museum (PAS ref LEIC-185125). It was found by the same person who found our only Viking coin hoard, the Thurcaston hoard (LEIC-C6D945), which is currently held at The Fitzwilliam Museum, Cambridge but is unfortunately not on display. The hammer-shaped pendant was very rare when found in 1991, but we now have 22 examples on the Portable Antiquities Scheme database, including a rare gold Thor’s hammer from East Lincolnshire (LIN-D3E540) which has similar decoration to the Thurcaston one.

We also have a very rare sword pommel (Peterson type X LEIC-9158C3) from Ravenstone, metal detected and donated by the finder. It features ‘Ringerike’ ribbon-like decoration, dating it to the early 11th century. This is not yet on display but will be at Charnwood Museum for a temporary display in the Spring. 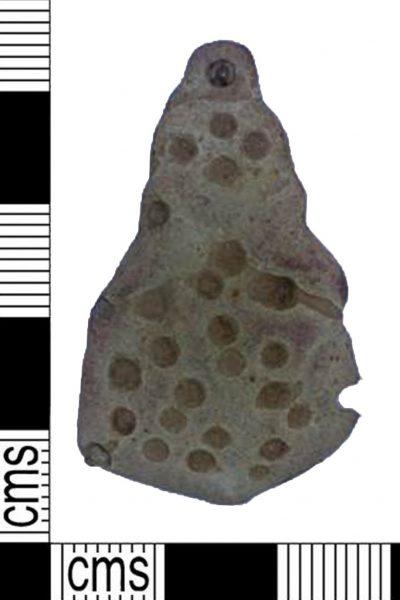 In Melton Museum we have objects that are Anglo-Scandinavian, including a very rare stirrup mount from Kirby Bellars (LEIC-51E6F2). The only one of its type from Britain, its only parallel being continental and in the British Museum. We also have a harness strap distributor, one of many Anglo-Scandinavian horse accessories recorded with the Portable Antiquities Scheme.